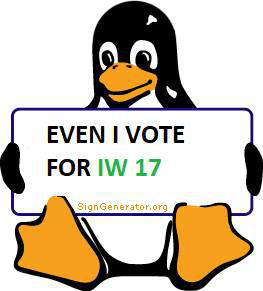 Recently we announced IntraWeb 15 is close to release. We also announced that we were considering tabling Linux support until after IntraWeb 17 and reallocating those resources to 17.

Overwhelmingly users again responded 17! The count isn’t even close. Thanks to one of our users who expressed their opinion in a picture:

Because of these two factors combined with the follow up feedback, we have chosen use to readjust our plans for 16. In short 16 is no more, and it’s features have been moved to 15.1, and 18 (future, not even in planning yet).

We have updated the 16 roadmap, but to summarize:

Linux is important to us and our plans. However this move will allow us to speed up 17 and better meet the demands of our customers. For further information, please refer to the IntraWeb Roadmaps.